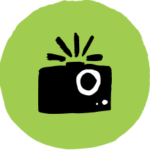 A Worldview in Verbs.

In response to Ryan’s story about language and food, Legacies collaborator Maria Blas shares a word in her Indigenous language of P’urepecha that also reveals a non-western worldview around food:

“The word that we use to refer to ceremonies for food in P’urepecha is Kestzitacua. It means ‘offering’ of ‘sacred food’ distributed to family and friends after a big ceremony. During the Day of the Dead festivities in early November, it refers to offering at the burial ground the preferred food of the ancestors who are no longer with us. Similarly to Mohawk, the word refers to the food not as an object, but as a verb, as a process of offering food with sacred meaning in ceremonies which are social, either for the living or the dead. This reveals another belief that the ancestors are with us, and we communicate with them regularly through food.”

Another example of a word that is seen not as a noun but more as a verb, in this case in Spanish, is ‘comida’, the subject of the photo essay La Comida: The Core of Food Sovereignty. Read that essay and consider the broader conception of the word to incorporate processes and relationships.

“I always wanted to learn an Indigenous language, because I was aware that language shapes how we think, and I’ve felt the limits of English, my maternal and a colonial language. In the fall of 2018, I audited the Mohawk language class of Ryan DeCaire, Legacies collaborator and the first professor of Mohawk at the University of Toronto. The first day we learned the Mohawk greeting for “How are you?” When Ryan explained that “Skennen’kó:wa ken?” literally means “Is there still the great peace in your territory?” I was moved by its deeper social and ecological connotations: a person is always seen as embedded in a place and connected to a broader community with historical meaning and commitment.”

Even within our exchange, we witnessed Ryan teaching Mohawk, and Chandra, like many activists, trying to learn it in intensive courses. They now have access to many online tools, and practiced with each other when we brought Chandra into a conversation via Skype.

Ryan suggests that his students “want to understand what it means to be Canadian, after having been lied to for their whole lives. They feel a responsibility to right the wrongs that have been done in the past.” What are the wrongs he is referring to? What could they do to help ‘right the wrongs’?

Consider how Canadian citizens can support the Indigenous Languages Act, and ensure that these languages are revitalized and maintained.

Dr. Lorna Wanosts’a7 Williams is Professor Emerita of Indigenous Education, Curriculum and Instruction at the University of Victoria and Canada Research Chair in Education and Linguistics.  Member of the Lil’wat Nation, she was awarded the Order of Canada in 2019 for her contributions to Indigenous education and her advocacy of Indigenous language revitalization programs.

“Language, Voice of the Land”

Ryan DeCaire is sharing insights into his Kanien’kéha (Mohawk) language and relationship with the earth in this essay.  Indigenous peoples around the earth are working to restore, reclaim, revitalize, vitalize and maintain their languages while also working to replenish, cleanse, restore and care for the earth that nurtures and sustains all that depend on it to live. Indigenous peoples know that languages grow from the land. It is natural that learning the language takes an active place in learning on the land and in ceremony.

A strategy by colonizers to control the land and the people was to silence their language. Religions, institutions such as schools and governments actively undermined the use of Indigenous languages wherever they settled. Homelands were diminished and Indigenous people confined to reserve lands, snippets of their home territories. Making it a challenge to care for the land and to maintain a full relationship. At the same time every social institution contributed to silencing the presence of Indigenous peoples and sought ways to dislocate people from their homelands and separated children from their families and communities and ancestors.

This multimedia educational resource and Ryan DeCaire’s essay demonstrate that Indigenous people have kept the voice of the land and the voice of the ancestors in their minds, hearts and spirits so that they are living today. The unique understandings are once more shared, uncovered and lived.  This resource will serve as a model for other Indigenous peoples around planet earth as they rebuild and reconnect with their languages and knowledge systems.

View beadwork interpretation of this page by Haudenosaunee and Anishinaabe artists

Language is such an amazing thing. It’s similar to corn. It’s so different from English. When you learn your language, Kanien’kéha or Mohawk, it connects you to generations of your people who have passed. Like corn, it reconnects you to your community, and gives you insight into how your ancestors thought and how your people continue to think today.

Language isn’t just a means of communication. There are thousands and thousands of years stored within the language, as well as deep understanding about how to live within the cycles of the Earth.

"There are thousands and thousands of years stored within the language, as well as deep understanding about how to live within the cycles of the Earth."

You can look at the Mohawk language in linguistic ways, and say, it’s a verb-based language, because 90% of the Mohawk language is based on verbs. This perpetuates an understanding that everything constantly has a role and a place, is doing something, and has a responsibility. Mohawk is a polysynthetic language so things that we’d say in English in a paragraph we’d say in a sentence in Mohawk. It means you can’t separate who’s doing an action from what the action is and when the action is happening.

When you have a language that’s built like that, what kind of thinking does that perpetuate? You have this kind of symbiotic relationship between the language and the way people think.

One word that comes to mind is Tyonnhekhwen. It’s what we call our life sustainers, all the vegetables and fruits, in particular the corn, beans, and squash, which we also call the three sisters. Tyonnhekhwen means they that sustain us and provide us with life. So when you have a people who refer to their food in everyday speech as “They provide us with life” – how does that guide your behavior? How does that remind you of your relationship to that food?

So when you have a people who refer to their food in everyday speech as “They provide us with life” – how does that guide your behavior?

When we go to a grocery store, we too often see food as a commodity, with a label and a price tag. And we start to understand it like any other thing, like a watch or pair of shoes or clothes. When it becomes a product, we have no connection with that food. So if you have a word, like Tyonnhekhwen, or they sustain us, it’s very clear what that word means. It’s a constant reminder, built within the language, and therefore, it perpetuates how people use the language as a way of thinking. 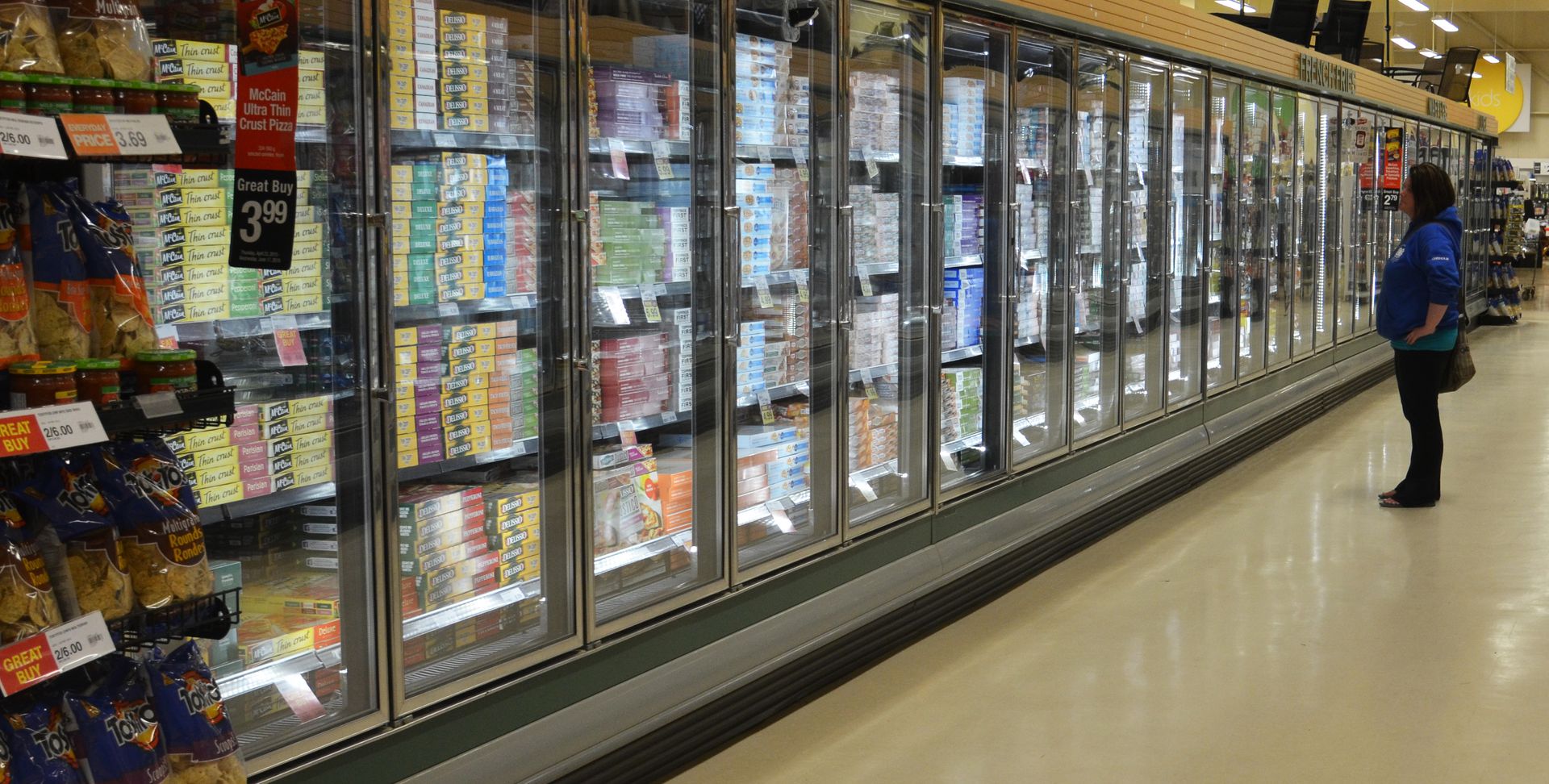 Everything’s expressed in verbs, like cups and tables and shirts, they are all verbs. When we talk objects, we talk about what they do in relation to us. Therefore, there is knowledge built within a word. For example, east means “where the sun rises.”

We need to bring the words back to a cultural story. When you learn your language, it connects you as a people. If you look at our Indigenous communities, you see social breakdown and disease, and loss of social cohesion. Language is something Indigenous People truly connect with, that they can’t do with English. It’s something they all share, that they have an ultimate connection with, so it helps to restore social cohesion. They feel “hey, this is mine. I’m proud of this language and I want to continue to perpetuate that in our communities.”

Corn’s like that, it connects us to who we are, to our identity; we have helped to propagate it. It reflects that relationship between human beings and the Earth.

That’s similar to something like corn. It’s extremely nutritious and a lot better than the Doritos corn chips you’re going to get in a bag. It’s a connection to our ancestors because there are people who planted that corn for thousands and thousands of years. They had a connection with the Earth and that’s still with us today. It’s similar to how we all have a belly button: we’re constantly connected to our mother, and to their mother and their mother…which goes back to the Earth. Corn’s like that, it connects us to who we are, to our identity; we have helped to propagate it. It reflects that relationship between human beings and the Earth. Because corn doesn’t grow if you let it grow on its own. It grows really well when connected with human hands.

Throughout the cycle of a year, we have ceremonies, such as strawberry ceremonies and maple ceremonies; our ceremonial cycle revolves around the food system. It is still thriving in certain spots; a small percentage of our population is still very engaged with the traditional culture.

People are working hard to bring that back to life, but it requires a lot of sacrifice to not take jobs that pay well, so you can always be in your community, always working hard to restore your language, to restore that way of thinking. There’s so much to learn: songs and dance and stories and speeches, to do birthing and funeral ceremonies, to raise your kids as first language speakers. You have to shelter your family, because if you’re not careful, you lose it all. It’s a challenge.

But the culture has changed. Now it’s not outlawed to speak the language. Before, people of my grandparents’ age weren’t allowed to speak their language; they were beaten, they weren’t allowed to gather in groups. So they went underground. But now it’s becoming more mainstream. There is a renaissance, but there’s still a lot of work to be done. When it comes to restoring Indigenous knowledge systems, we need to concentrate on the community, where it’s continuing to be perpetuated. Those are the people who dedicate their lives to this.

While I enjoy teaching the language at the university, my priority is not in Indigenizing institutions. We need to support Indigenous People and their work at the community level, rather than trying to bring it into the university. Language acquisition, cultural acquisition, revitalization isn’t just about the people learning the language. There’s so much other work to be done, whether it be activism, governance, food production.

I have students from China and Korea as well as from Indigenous communities such as Six Nations. All students have a need and want to understand what it means to be Canadian, after being lied to for their whole lives. They feel a responsibility to right the wrongs that have been done in the past. For those who are not Indigenous, that’s the kind of work they can do as partners, as allies. They can be part of a broader Truth and Reconciliation process.

More About Ways of Knowing 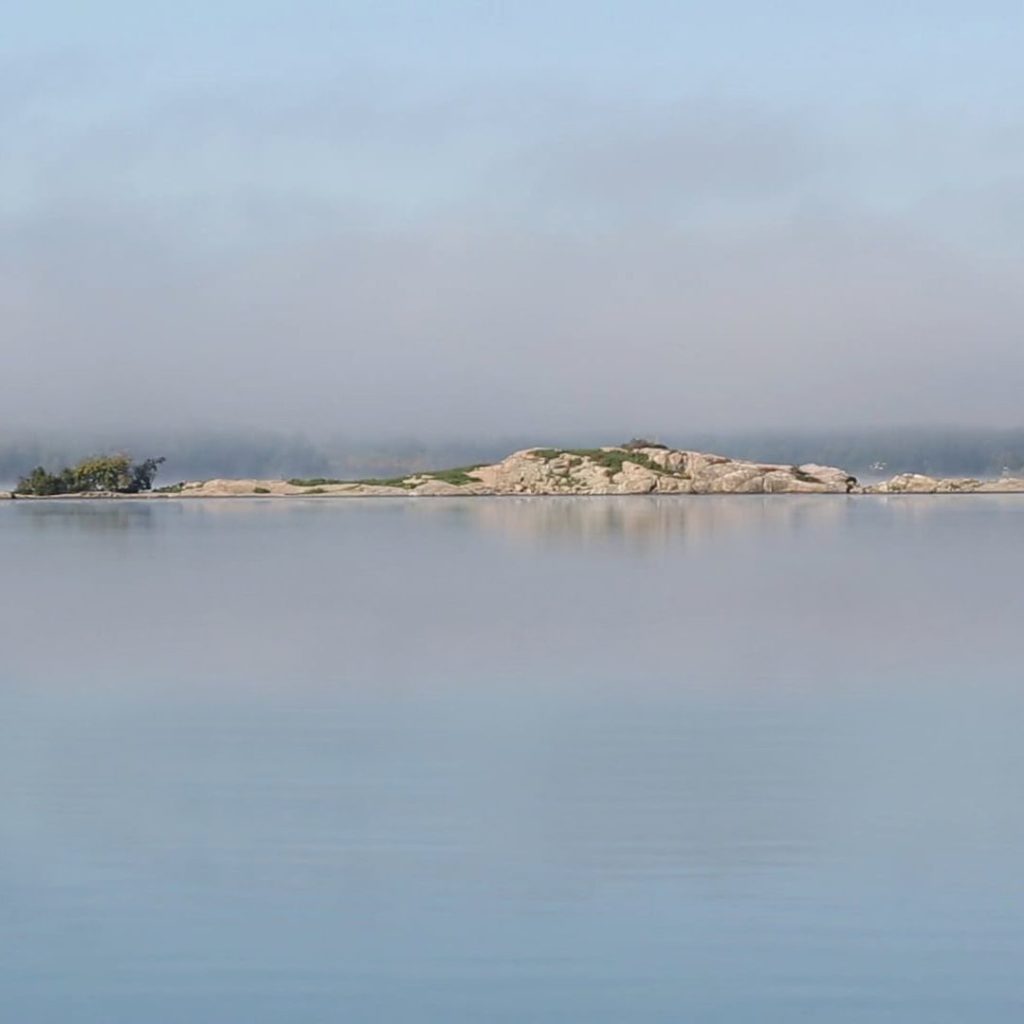 Greetings and Thanks to All Life That Sustains Us 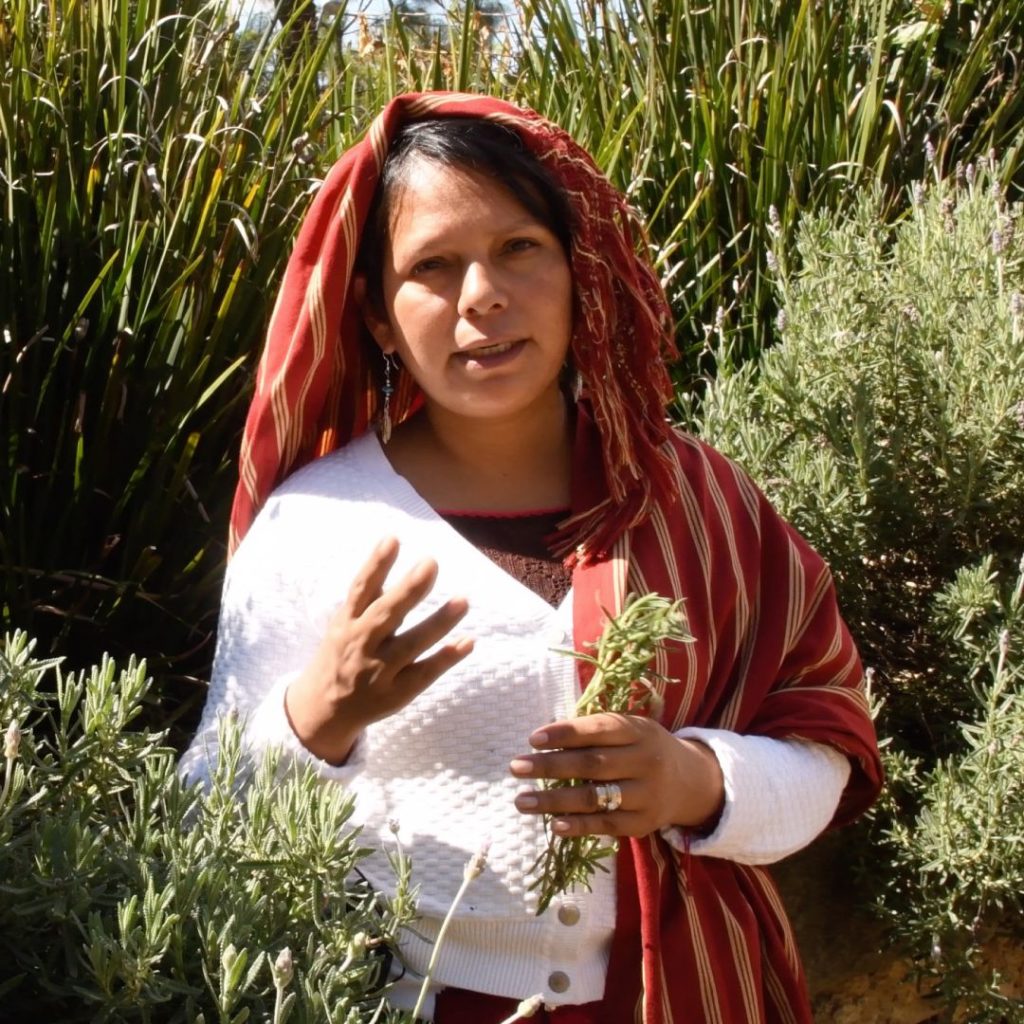 An intercultural partnership between Maria Blas Cacari and Fulvio Gioanetto 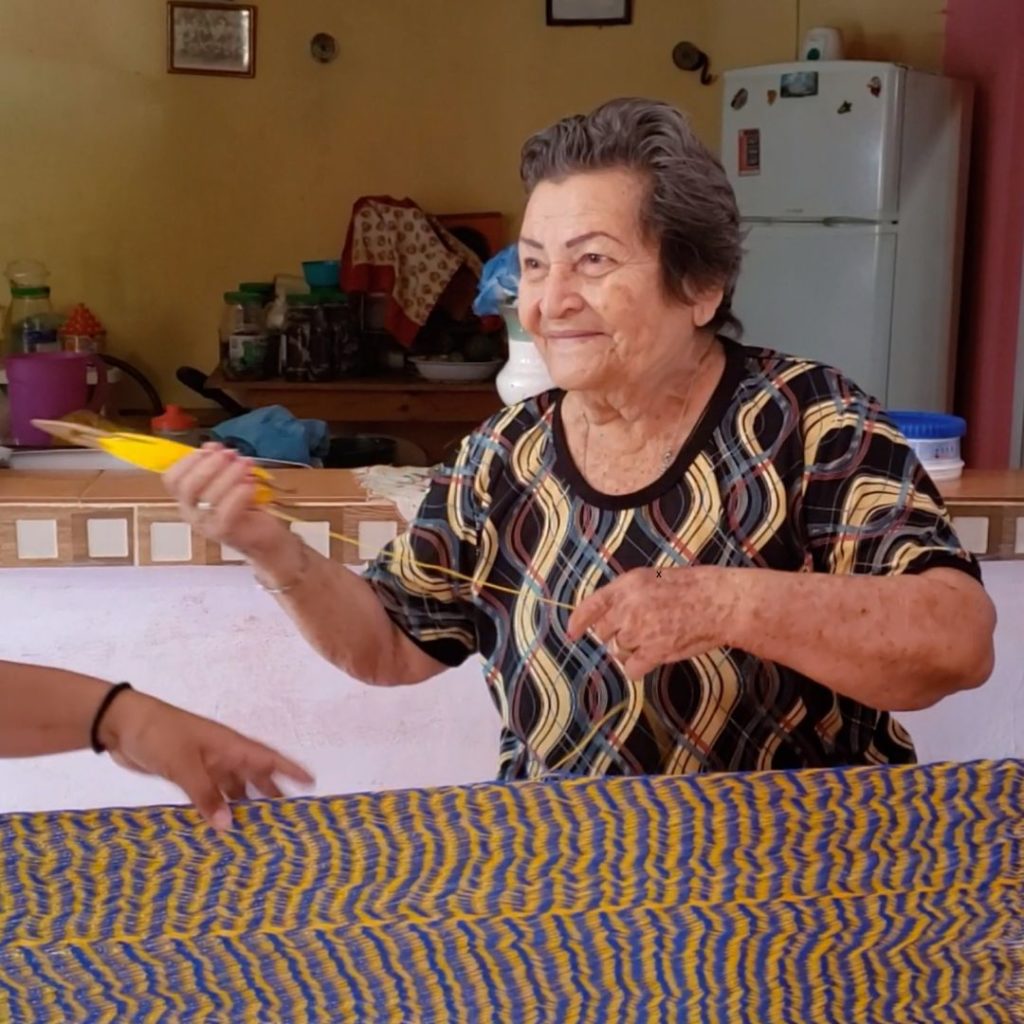 Reweaving Community with Our Elders